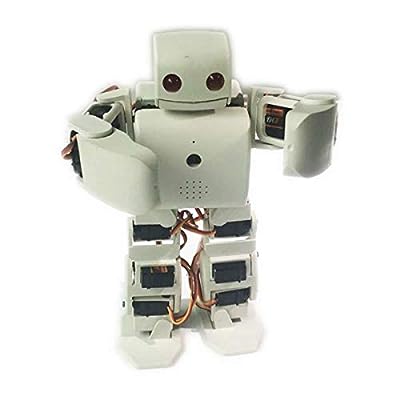 18 DOF humanoid robot mainly consists of a head, a torso, two arms, two legs. Using large-torque digital servos to power the robot! Controller:18 road servos WiFi controlled driver Board. supports WiFi expansion, can support WiFi wireless control. (You can use the phone or computer wireless control) 12g metal gear analog servos, which has high accuracy, the dummy bit small, zero dead zone, so that the robot's movements more agile, neat! there are two LED on the robot helmet. The robot has characteristics of multi-DoF, which provides a powerful imagination for the users. With this, users can customize freely the actions of this robot according to their needs. The robot frame has 2 colors, there are black and white. Note that, since the complex of installation and debug, please keep patience!!!. Importantly, it needs you have the DIY ability.

Maintaining and Troubleshooting Your 3D ...